The Needy Parent and the Children that ally with them 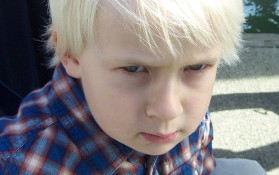 Separation and divorce, especially with children, is one of the most painful experiences you can go through, no question. In this article, however, I will describe the dynamic of wounded narcissism as opposed to the experience of genuine loss. The behaviors illustrated below are those of a parent who is not grieving the end of a relationship, family and lifestyle so much as experiencing humiliation at being left by someone. So in essence their neediness stems from public embarrassment not loss.

Although often acting unconsciously, the needy parent may portray themselves as the aggrieved party post separation. This “wronged party” stance can cause serious damage to the other parent’s ability to have a healthy relationship with their children, their social circle and the community in which they reside.

By portraying themselves as a victim of abandonment the emotionally needy parent may essentially guarantee the children’s sympathy and loyalty. Their actions can serve to effectively “poison the well”, turning family, friends and acquaintances against the co-parent out of sympathy for the wounded parent’s plight.

Playing the injured party results in the other parent being judged harshly for having initiated the split. This places your kids, friends, perhaps even business associates in a loyalty bind. Therefore this type of behavior is a subtle but powerful form of alienation that will have a profound impact not only on the other parent’s relationships with their children and friends but on their earning ability as well.

Children and friends sense the “fragile” parent’s sadness at being left for no apparent reason and are thus compelled to rally support for the weak parent. Creating the perception that they are in no way responsible for the end of the relationship casts the other parent as the villain who is solely responsible for ending it and therefore selfish and cold.

I believe this approach perpetuates a false dichotomy regarding the nature of relationships in general. The reality is that it takes two people to begin a relationship and two people to end one. Viewed in this light both parents are to some degree responsible for the eventual outcome of the relationship. You may not have wanted the relationship to end, at least on a conscious level, however, relationships do not exist in a vacuum. They consist of complex interpersonal interactions between the parties.

You choose to have relationships with those who are familiar to you on some level. Your choice of partners may be guided more by your childhood script for what a relationship is than a truly objective conscious decision. Most often, no one is really to blame. You simply have to deal with the consequences of your choices and learn from them.

By forcing the children to take sides the needy parent is selfishly soothing their own emotional distress while simultaneously punishing the other parent. The children are thus alienated and deprived of the full support of one parent. This type of behavior sends a message to the children that being emotionally needy and creating loyalty conflicts is an appropriate way to manage relationships.

Everyone has experienced being on the “losing end” of relationships. It’s never a pleasant experience to be left behind. Conversely you’ve all been the instigator in the demise of relationships. This is also an unpleasant position to be in but one that may be necessary to have a safe and meaningful life.

Therefore imputing blame on one person for the relationship ending is destructive in that it hurts the children, the co-parent and ultimately the needy parent as well. Rather than seeking solace in blaming and alienating the other parent I believe it’s far healthier for all concerned to focus on your own growth as a person and parent and accept the benign albeit potentially painful nature of relationships.

This entry was posted on November 17, 2014, 7:12 pm and is filed under The Needy Parent. You can follow any responses to this entry through RSS 2.0. Both comments and pings are currently closed.